The Fiberglass Septic Tank is based on synthetic resin and glass fiber reinforced material as the base, which is specially used for the treatment of domestic sewage. FRP septic tank industrial enterprise living room, urban residential area, and other cities were building domestic sewage purification treatment equipment. The excrement is temporarily stored in the glass fiber septic tank so that it is initially decomposed in the tank to reduce the solid content in the discharged sewage. The following Compression Resistance Fiberglass Septic Tank Manufacturer will share with you the use methods and advantages of fiberglass septic tanks. 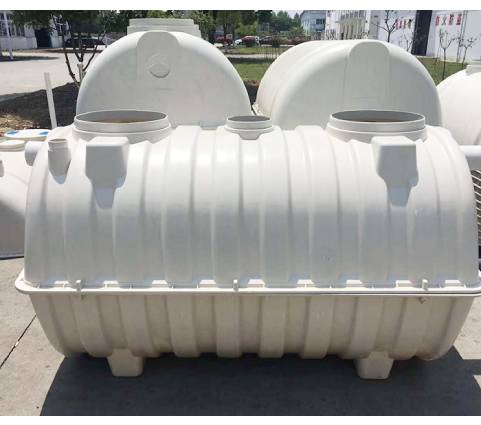 Environmental Protection Fiberglass Septic Tank should be installed under green belts, lawns, sidewalks, and covered with soil not exceeding one layer 5 meters; they can also be installed on-road sections. Manhole cover: when there is no vehicle, a light double-layer manhole cover and manhole cover seat is used; when overtaking, a heavy double-layer manhole cover and manhole cover seat is used. FRP septic tanks also take into account the need for greening in the area or the need for road paving. The cast iron or polymer manhole cover is flat with the ground. Where the ground is laid, the manhole cover can be properly reduced below the paving tiles. When the paving tiles on the manhole cover must be opened, the manhole cover needs to be opened. When the volume of the FRP septic tank exceeds 50m3, two single tanks can be set in parallel or in series. If the tanks are connected in series, the design unit and the user must inform the manufacturer in advance to preset, and the distance between the outer walls of the tank, the body should not be less than 500m.

Предыдущая страница: Why Is Fiberglass Septic Tank So Popular?

Следующая страница: What are the Advantages of FRP Septic Tanks in Environmental Protection?