Fiberglass cooling towers are cooling device and can also be said to be a heat treatment mechanism. Those who are familiar with the cooling tower know that its working principle is to use the function of industrial cooling water in the tower to absorb the waste heat generated in the industrial production process, and to disperse the heat into the air after contacting the atmosphere, once the cooling water is lowered.

Not only that, when the cooling tower is running, there are two hot and cold fluids in the tower and they are mixed and contacted. There is a certain temperature difference between the two. When the cooled object contacts the cooling water by the temperature difference, the water will evaporate to the water. In the air, there will be a cooling effect.

In order to meet the cooling effect of different users during production, it is necessary to keep the flow of each pipeline smooth during the operation of the cooling, and the blockage is impossible. If there is a blockage, it must be cleaned up in time to avoid affecting the entire link.

We are fiberglass tank manufacturers. If you have any questions, please contact us. 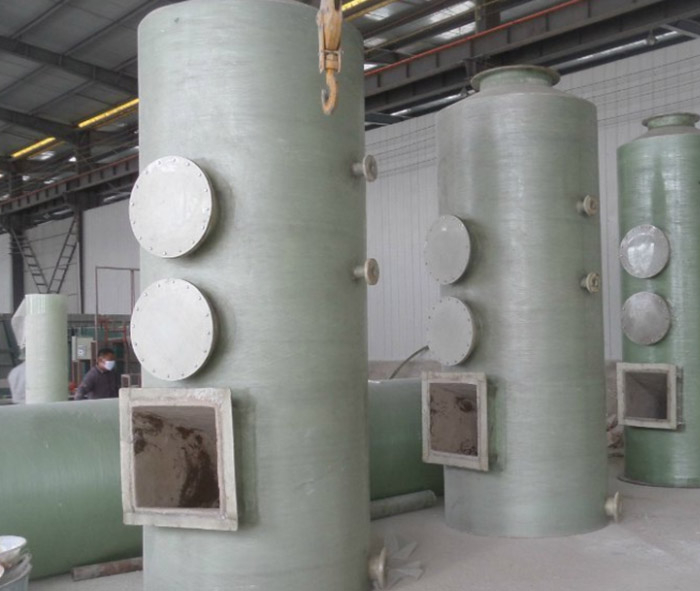